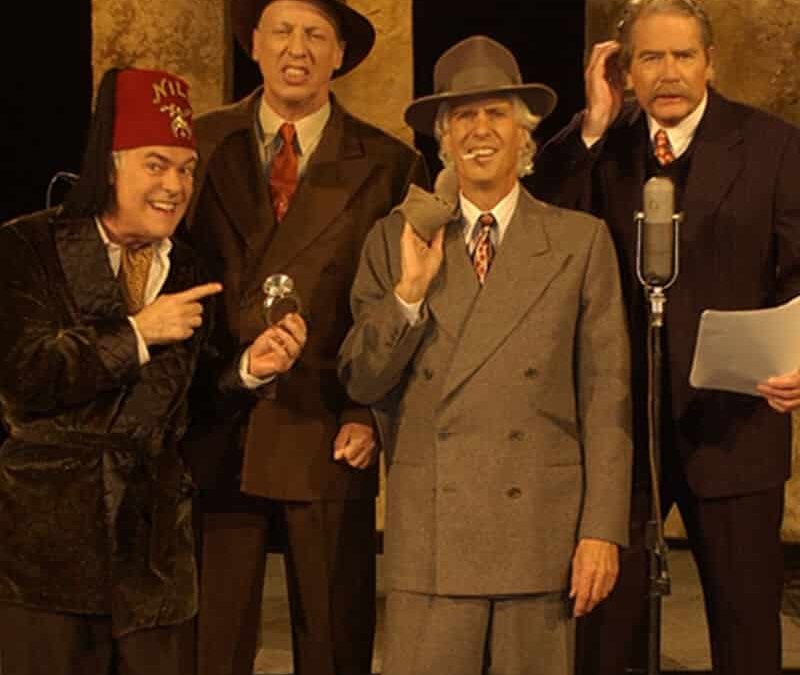 Philip Proctor is beyond gracious to give StoryBeat listeners a second helping of stories from his incredible life in show business, especially his years with the legendary Firesign Theatre. For more of Phil’s biography, please check out the Phil Proctor Session 1 interview. And for much more about Phil, you will truly enjoy his autobiography, Where’s My Fortune Cookie, My Psychic, Psurrealistic Story, co-written with Brad Schreiber.

Phil Proctor is one of the funniest, most multi-talented men ever. His 68-year career has taken him from Broadway, where he appeared in The Sound of Music and A Time for Singing to a lifetime of performing all over the world, even to the former Soviet Union with the legendary Yale Russian Chorus.

He has appeared for over half a century on LPs, CDs, DVDs and on stage and screen in titles such as Zachariah, God’s Clowns, Hot Shorts, The Madhouse of Dr. Fear with Don Adams, Eat or Be Eaten, Proctor & Bergman’s TV or Not TV, and the overdubbed, cult-hit Republic cliffhanger, J-Men Forever, he is best known as one of the founding members of the legendary Firesign Theatre, the tour-de-force four-man group listed by Entertainment Weekly as one of the “thirty greatest acts of all time.” A few of Firesign’s beloved comedy albums include Waiting for the Electrician or Someone Like Him, How Can You Be in Two Places at Once When You’re Not Anywhere At All?, Don’t Crush That Dwarf, Hand Me the Pliers, I Think We’re All Bozos on This Bus, The Tale of the Giant Rat of Sumatra, Everything You Know is Wrong, and The Three Faces of Al.

In 2006, their album Don’t Crush that Dwarf, Hand Me the Pliers was inducted into the Library of Congress an historical recording, and in 2014, Firesign received the Norman Corwin Award for Excellence in Broadcasting.

On TV, he’s appeared on Last Man Standing, Arrested Development, Jimmy Kimmel Live and The Tonight Show with Jay Leno. And he has guest-starred in such classic shows as All in the Family, Night Court, Dave’s World, Golden Girls, Cagney and Lacy, and Simon and Simon.

In September, 2017, Phil and David Ossman appeared in a command performance of The Firesign Theatre, or What’s Left of It on the Coolidge stage of the Library of Congress in Washington, D.C. Their appearance sold out in three days.

Today most of Firesign’s classic albums and books are available at www.firesigntheatre.com, including their latest: Everything You Know is Wrong: Declassified — a 2-DVD set of their films, videos and home movies, produced by Taylor Jessen.

And as always, you can keep up with Phil on his popular monthly blog, Planet Proctor.