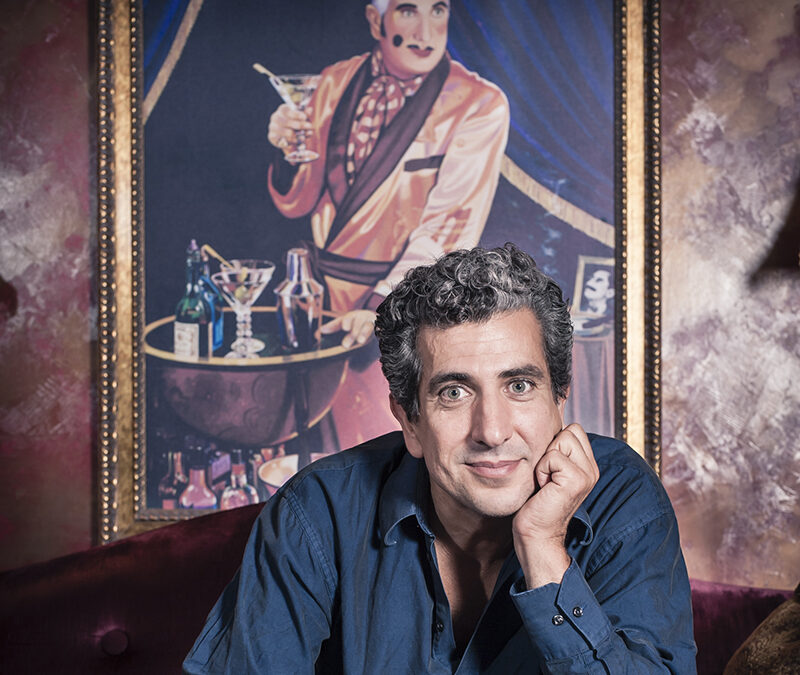 The brilliant, multi-talented Frank Ferrante, has enjoyed a 35-year career in the theater as an actor, director and producer.

At age 23, he debuted Off-Broadway in the title role in Groucho: A Life in Revue, which was written by Arthur Marx, son of the legendary comedian Groucho Marx. For that role, Frank won New York’s Theatre World Award and a New York Outer Critics Circle nomination. He revived the role in London’s West End, where he was nominated for the Laurence Olivier Award for ‘Comedy Performance of the Year.’

Since then, he’s reprised the role more than 3,000 times in over 500 cities throughout the world primarily in his touring solo show An Evening With Groucho, which was filmed at the Cincinnati Playhouse in the Park and re-titled Frank Ferrante’s Groucho for broadcast on PBS.

The Chicago Tribune named Frank a 2019 top ten theater performer for his work as comic host, The Caesar, in the cirque spectacular, Teatro ZinZanni – a role he’s played for 20 years.

At Philadelphia’s Walnut Street Theatre, he directed and played the lead role of Pseudolus in A Funny Thing Happened on the Way to the Forum. The Wall Street Journal called it one of the country’s top 10 performances of 2017.

In 1995, he directed and developed the world premiere of the Pulitzer Prize finalist Old Wicked Songs.

On television, he played a speaking mime on Rob Corddry’s Emmy Award-winning comedy, Childrens Hospital. His voice can also be heard on the animated series SpongeBob SquarePants and Garfield.

In October 2021, Frank received a ‘star’ on the Palm Springs Walk of Stars for his contributions to theater.