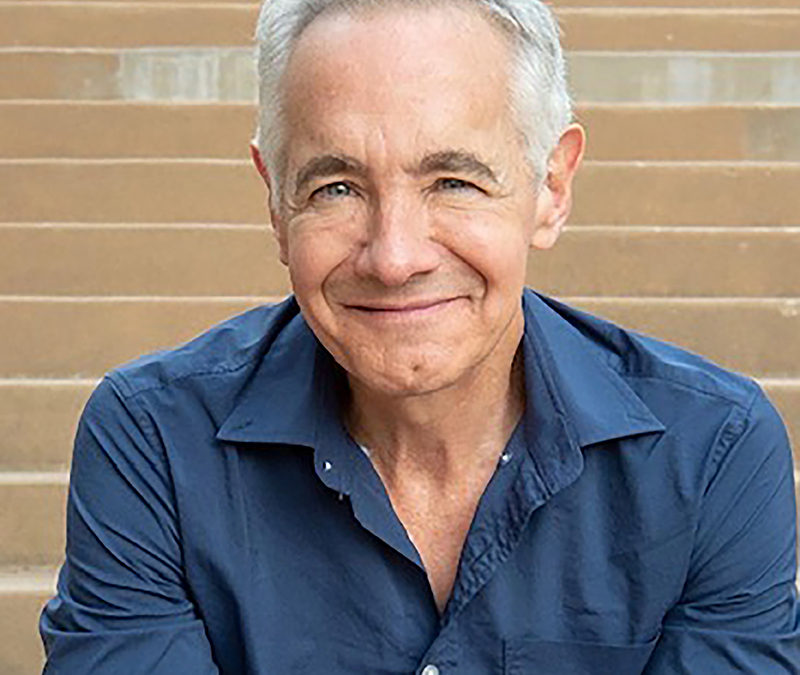 Stage and screen actor, Jason Graae, has starred on Broadway in A Grand Night For Singing, Falsettos, Stardust, Snoopy!, and Do Black Patent Leather Shows Really Reflect Up? Off-Broadway, Jason has starred in such shows as, Forever Plaid, Olympus on My Mind, All in the Timing, Hello Muddah, Hello Fadduh (which earned him a Drama Desk Nomination for Best Actor in a Musical) and many more. Recently, Jason played the Wonderful Wizard of Oz across America in the National Tour of Wicked.

Jason made his Metropolitan Opera House debut as the male vocalist in Twyla Tharp’s “Everlast” with American Ballet Theatre.  Jason has performed his one man show all over the country from Rainbow and Stars and Birdland in NYC to Feinstein’s and the Plush Room in L.A. and San Francisco, winning 4 Bistro Awards and a N.Y Nightlife Award, also making  TimeOut NY’s Top Cabaret shows of the year. His critically acclaimed show with Faith Prince, “The Prince and the Showboy” played at 54 Below and the pair won a 2nd Nightlife Award for Best Duo.

In Los Angeles, Jason won the L.A. Drama Critics Circle Award – the Joel Hirschorn Award for Outstanding Achievement in Musical Theatre. Jason originated the role of “Houdini” in the L.A. production of Ragtime at the Shubert Theatre and won an Ovation Award for Forbidden Broadway Y2KLA!. At the Hollywood Bowl, he played Benny Southstreet in Guys and Dolls and Marcellus in The Music Man. With the 42nd Street Moon Theatre Co. in San Francisco, he played the 7 Sid Caesar roles in Little Me and most recently played Scrooge in the world premiere of Scrooge in Love, winning the Theatre Bay Area Award for Best Actor in a Musical.

On television, Jason has appeared on many shows including “Six Feet Under”, “Rude Awakening”, “Friends”, “Frasier”, “Sabrina the Teenage Witch”, “Living Single”, “Caroline in the City”, “Providence”, etc. On PBS, he was a guest soloist twice with the Boston Pops and once with Marvin Hamlisch and the National Symphony on “Holiday for the Troops at The Kennedy Center” and in “Words and Music by Jerry Herman”.

Movie appearances include the title role in “Sunshine Barry and the Disco Worms” (2008 Toronto and London Film Festivals), Disney’s “Home on the Range”, “On Edge”, “Gepetto”, “The Dukes of Hazzard in Hollywood”, and “Awakening of Spring” . He has been heard on many cartoons and for 5 and 1/2 years he was the voice of “Lucky, the Leprechaun” for Lucky Charms Cereal, a balanced part of your complete breakfast.

He made his Los Angeles Opera debut as “Njegus” in “The Merry Widow”, repeating the role with Dallas , New Orleans, Houston Grand Opera, and Michigan Opera Theatre (Oscar Wilde Award nomination). Also with L.A. Opera he was featured as “Offenbach” in “The Grand Duchess” , directed by Garry Marshall. He has played “Frosch” in “Die Fledermaus” with the Washington National and San Francisco Operas, the Manhattan School of Music, and most recently with Houston Grand Opera.