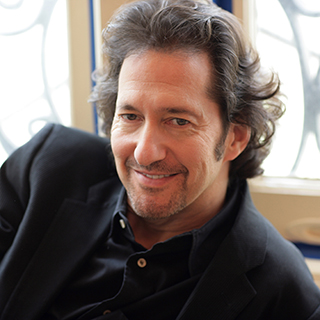 The brilliant jazz musician, Michael Wolff, is an award-winning, internationally acclaimed pianist, composer, bandleader, and now, author. In a long-running musical career, he’s been the musical director for the great Grammy-winning jazz singer, Nancy Wilson, and the award-winning The Arsenio Hall Show. He’s also been a member of Impure Thoughts, Wolff & Clark Expedition, and a co-star with his sons, Nat and Alex, on the series The Naked Brothers Band.

Michael’s life story is detailed in his memoir, On That Note, released in 2022. I’ve read On That Note and can tell you Michael writes powerfully and movingly about his time in the jazz world, and his many challenging experiences he’s had while winding his way toward success in both music and life.

Michael made his recording debut with Cal Tjader in the mid 1970’s and has since gone on to play and record with some of the greatest jazz musicians in the world, including legends like: Flora Purim and her husband Airto Moreira; Cannonball Adderly; Sonny Rollins, and The Thad Jones/Mel Lewis Orchestra, among many others.

He’s performed with, and conducted over, 25 symphony orchestras, including those in: Dallas, Fort Worth, Berlin, Atlanta, Memphis and Pittsburgh.

Michael’s performed at Carnegie Hall, The Royal Albert Hall, Birdland, Bach Dancing and Dynamite Society, Snug Harbor and Mezzrow, among hundreds of others in the U.S. and around the world.

He’s released 21 recordings to critical and popular acclaim. Aside from performing with drummer Mike Clark in Wolff & Clark Expedition, he’s also part of a trio featuring Ben Allison on bass and Alan Mednard on drums. Michael also records and performs in conjunction with jazz radio station WBGO at the Yamaha Piano Salon in New York City.

Michael’s a recipient of the BMI Music Award, the winner of the Gold Disc Award in Japan, and the recipient of the Hamptons International Film Festival’s award for best film score for the film, The Tic Code, starring his wife, Polly Draper, Carol Kane, Tony Shalhoub, Gregory Hines and Camryn Manheim. Michael has also composed the scores to other film and TV projects, including The Naked Brothers Band. He also wrote the score for Polly Draper’s 2018 film, Stella’s Last Weekend.