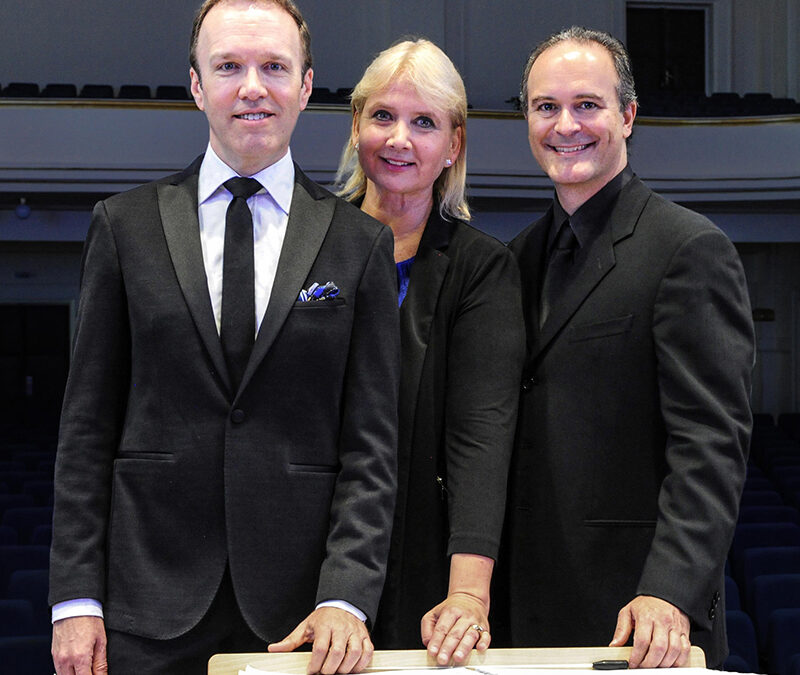 Emmys, Annies and an Academy Award have graced productions containing their music since the beginning of their careers.  From New York’s Lincoln Center to The Hollywood Bowl and beyond, their live concert music has received critical acclaim.

Stars of stage and screen, including Mark Hamill and Neil Patrick Harris, have performed songs written by this dynamic trio. From “Batman: The Animated Series” to “Young Justice,” “Marvel’s Avengers Assemble” and “Teen Titans,” they create signature musical worlds that iconically represent each.