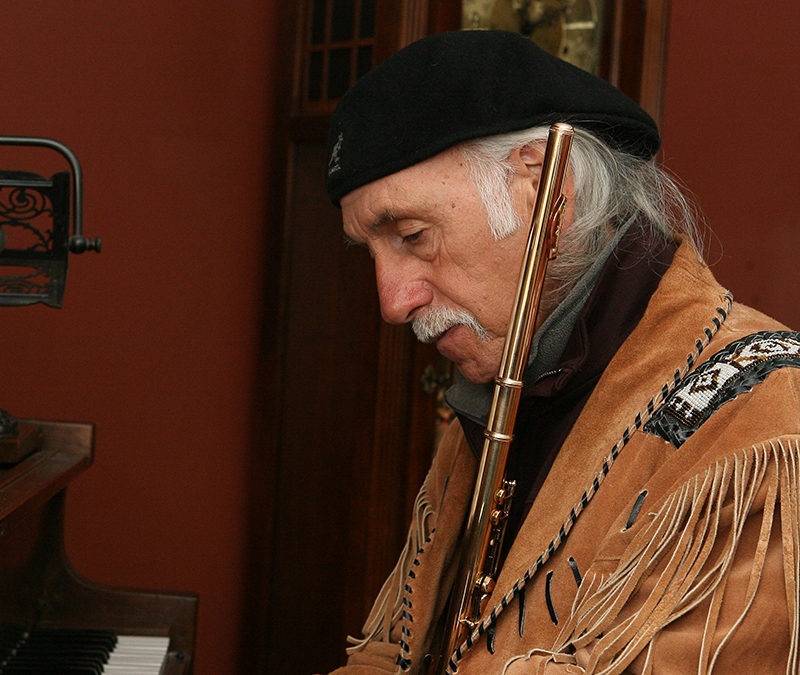 Michael Mason has been playing, teaching and recording on flute for 40 years or so. He’s well known for his work and performances in jazz, the avant-garde, free jazz and world music in many styles. Michael has recorded 7 CDs as a leader of various groups and ensembles, some of them pre-nominated for Grammy Awards.

Michael began his love for the flute in the early 70’s upon being loaned the instrument after his collection of fine acoustic guitars were stolen from his Chicago apartment.  After teaching himself how to play the flute by listening to recordings of various blues, jazz and rock artists, Michael then trained with numerous masters of the flute, including Josef Zerov, Janice Bergman, Donald Peck, Wulfrad Kujala, William Bennet, Jean Pierre Rampal, and James Galway.

In the late seventies, Michael attended a Jethro Tull concert and luckily met Tull’s lead singer/songwriter and flute player, Ian Anderson, at a sound check, which turned into an ongoing sharing of ideas for a number of years.

By the end of the 70’s, Michael had assembled a number of progressive rock groups performing with various musicians in many different venues throughout Chicago and the Midwest. During this time Michael’s interest in Jazz had begun to take over his playing and was especially influenced by saxophonist John Coltrane.

Since the 1990’s, Michael has continued to perform and record with many jazz, free jazz, improvised music, and avant-garde artists.

Please be sure to stick around at the end of today’s show to hear Michael’s beautiful composition, Gates to Raga from his CD “Human Revolution.”