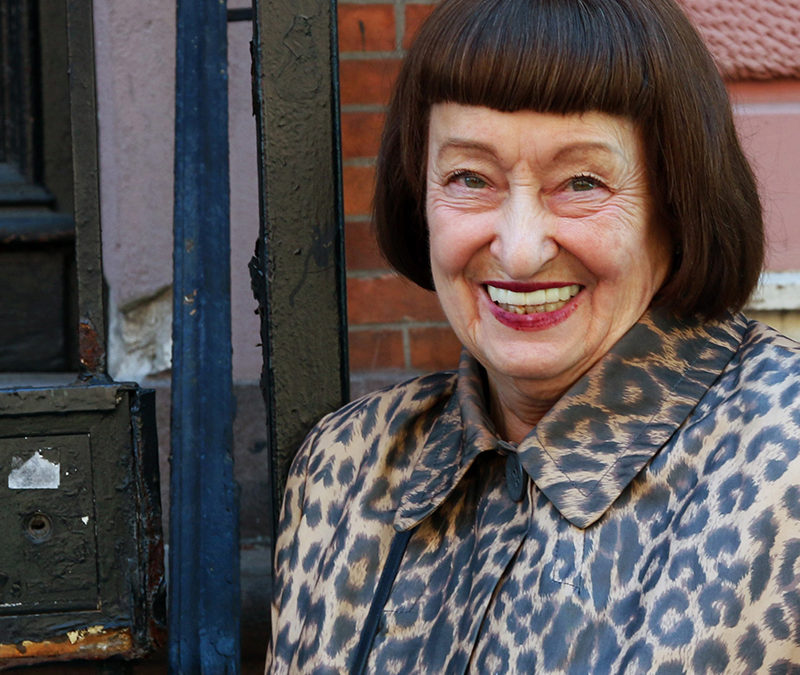 The legendary, multi-award winning singer, Sheila Jordan, is not only one of the world’s premier jazz singers, but she’s known for her popular vocal workshops as well. A superb scat singer, she can just as easily reach the emotional depths of a ballad. Whether singing well-known standards or original material, she makes it all sound like no one else.

Though born in Detroit, Michigan, Sheila was raised in poverty in Pennsylvania’s coal-mining country, She began singing as a child, and was working semi-professionally in Detroit clubs in her early teens. Her first great influence was no less than Charlie Parker. Of note, most of her influences have not been singers but instrumentalists. Working chiefly with black musicians, she met with disapproval from the white community but persisted with her career. She was a member of the vocal trio, Skeeter, Mitch and Jean (she was Jean), who sang versions of Parker’s solos in a manner akin to that of the later Lambert, Hendricks and Ross.

After moving to New York in the early 1950s, she married Charlie Parker’s pianist, Duke Jordan, and studied with Lennie Tristano. It wasn’t until the early 1960s that she made her first recordings, which included singing on “The Outer View” with George Russell, featuring a famous 10-minute version of “You Are My Sunshine”.

In the mid-1960s her work encompassed jazz liturgies sung in churches and extensive club work. By the late 1970s Sheila’s popularity increased – as did her appearances on record, including albums with pianist Steve Kuhn, whose quartet she joined, and an album, “Home,” comprising a selection of Robert Creeley’s poems set to music and arranged by Steve Swallow.

A 1983 duo set with bassist Harvie Swartz, “Old Time Feeling”, comprises several of the standards Sheila regularly features in her live repertoire. And 1990’s “Lost And Found” pays tribute to her bebop roots while displaying her unique musical trademarks, such as the frequent and unexpected sweeping changes of pitch, which still tend to confound an uninitiated audience.

The New York Times said of Sheila, “Her ballad performances are simply beyond the emotional and expressive capabilities of most other vocalists.”

IF YOU LIKE THIS STORYBEAT EPISODE, YOU MAY ENJOY THESE: