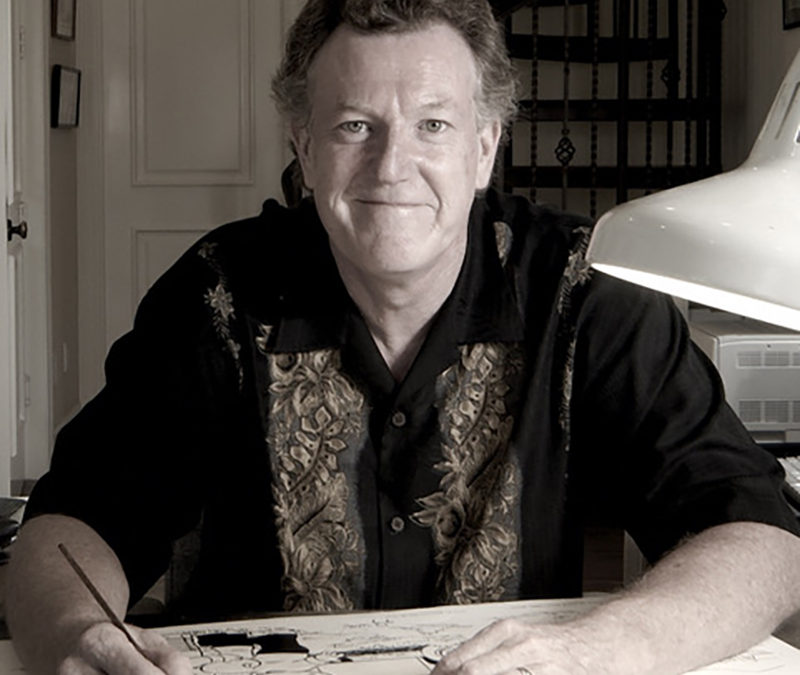 Two years after the renowned cartoonist, Jeff Keane, was born, his father, the legendary cartoonist, Bil Keane, started chasing him around begging him to do something funny. So began Jeff’s career as a cartoon model for “The Family Circus.”

Raised in Arizona, Jeff moved to California to attend the University of Southern California where he received his BFA in Drama. After graduation, in an attempt to have a freer schedule for auditions, he returned to his cartoon roots and began to assist his father. He started out answering mail and compiling books, but now, after many years, and with his father’s advice and guidance, he now writes, inks, and colors The Family Circus, which appears daily in more than 1,300 newspapers worldwide. It’s the most widely syndicated panel in America today.

In 2007 and again in 2009, Jeff Keane was elected President of the National Cartoonists Society, the world’s premier organization of professional cartoonists. Along with other members of the NCS and with the helping hand of the USO, Jeff has made numerous visits to military bases and hospitals around the world, including to both Iraq and Afghanistan.

IF YOU LIKE THIS EPISODE, YOU AMY ALSO ENJOY: