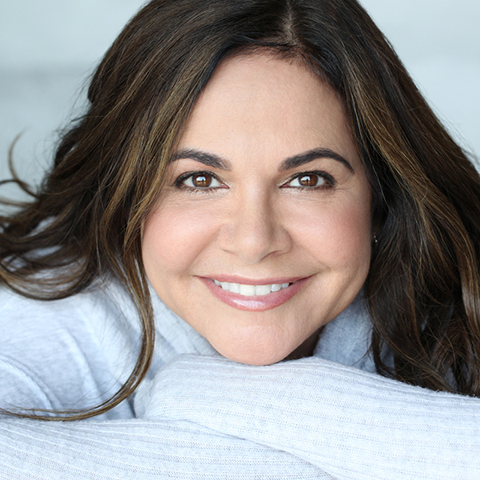 Candi Milo is the busiest actress in voiceovers today. Among her numerous accomplishments, she was honored to take the mantle of the voice of Granny in all Warner Brothers Animation projects after the passing of the legendary voice talent, June Foray. For example, you heard Candi as Granny in Space Jam 2: A New Legacy with LeBron James, and also in various Looney Tunes cartoons.

She’s well-known for voicing Dexter in Dexter’s Laboratory, The Flea in Mucha Lucha, Coco and Cheese in Foster’s Home for Imaginary Friends, and literally thousands of other well-known characters. Candi may well be the voice of your childhood. She also happens to be an Annie Award nominee.

Not only has Candi performed voiceover work in countless film and TV projects, you may have seen in her any number of on-camera commercials.

Candi starred with Jennifer Holliday in the first touring production of Dreamgirls, directed by none other than the renowned, Michael Bennett.

Candi has published a dark comedy memoir, Surviving the Odd, which offers a glimpse into her wildly inappropriate childhood as seen through the eyes of a 7-year-old who unravels the story of how her once prominent-but-now-fading comedian/singer father, Tony, left show business in 1968 to open one of the first board and care homes in California – Milo Arms – to care for and shelter developmentally disabled and emotionally disturbed adults. I’ve read Surviving the Odd, and I can tell you it’s a beautifully written, intense and harrowing tale, but told with incredible heart and a lot of funny stuff, too.

Candi has performed as a singer, stand-up comic, and starred in her one-person nightclub show across the country. She also gives inspirational talks about her unusual childhood and how it informed her life as an actor, mother, and passionate advocate for people dealing with mental illness and homelessness. Much like her father, Candi also gives voice to the homeless because too many people pretend not to see them on the street.

For the record, Candi has lent her extraordinary voice talent to a few scripts that Steve has written – including playing Zadavia in the Warner Bros. cartoon, Loonatics Unleashed.