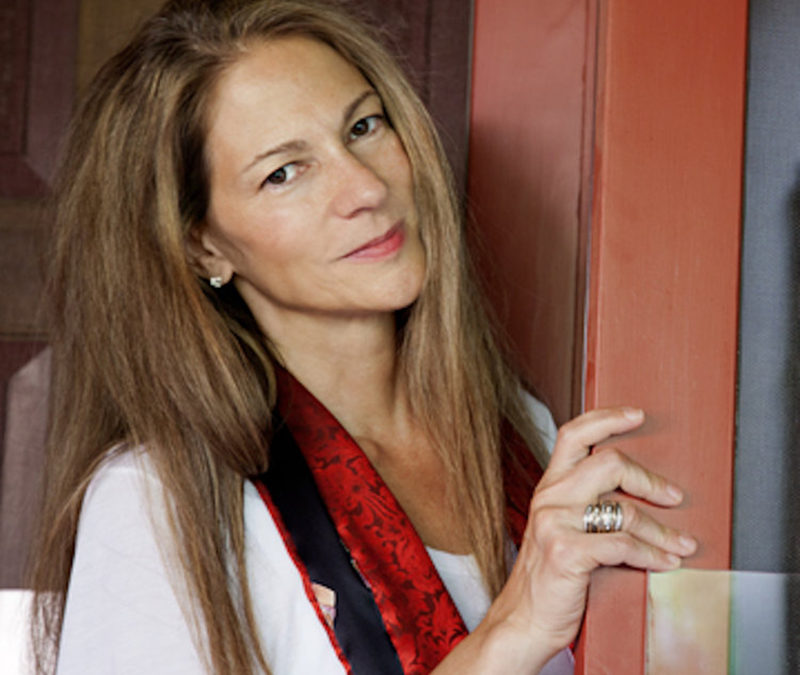 The noted artist, L. Scooter Morris, calls herself a sensory illusionist. Scooter’s goal is to make artwork that is so beautiful it cuts to the heart of what is true and of this moment, but exists as something timeless.

Scooter grew up in Pittsburgh, where she took advantage of the city’s incredible arts programs, including through the Carnegie Museum. She later attended the Tyler School of Art at Temple University in Philadelphia and Rome, Italy. She received her B.F.A. from the University of Southern California, and subsequently did post graduate work at UCLA. Not long after that, Scooter moved to New Mexico, where she was greatly influenced by the atmosphere and the environment, which helped her to evolve what she calls Sculpted Paintings.

She works primarily on created surfaces that are acrylic and canvas on canvas with varying textures, usually through employing mixed media. This gives her the freedom to work fast or slow so that she can make choices about where she wants the work to go without the canvas getting away from her.

One of Scooter’s paintings was chosen by Saatchi Gallery to show electronically during a show about the Rolling Stones. Two of her paintings were displayed in New York City on the twenty-five-story billboard in Times Square. One of those pieces is called: United States of Gun, which is an American Flag interpretation using Guns to replace the stars. The other painting, also of an American Flag, is a beautiful landscape that speaks of the hope and myth surrounding the flag’s iconic image. Noted for her flag paintings, Scooter finds the flag to be an iconic image that touches almost everyone in a personal way.

More recently, Scooter began a new series of paintings called, The Money Pieces, which combine the materials and iconic references of money in a variety of images.