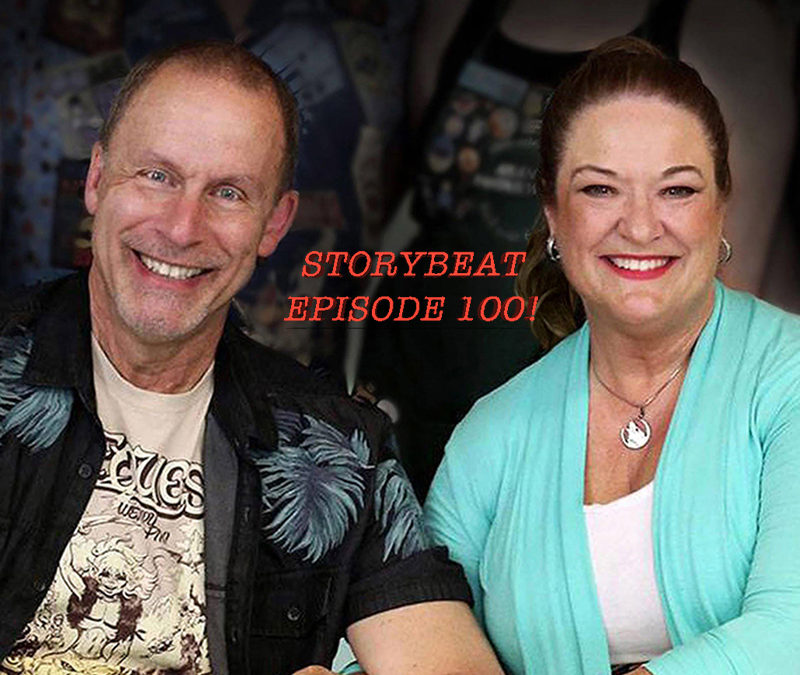 Today’s show is just a little extra special.  Back when I started this journey on StoryBeat, my very first guest was my dear friend, the extraordinarily gifted writer and artist, Wendy Pini, who co-created, writes, and draws the long-running fantasy graphic novel series, Elfquest, which is widely acknowledged as the first American manga. I’m thrilled to tell you this is StoryBeat’s 100th episode, and I managed to wrangle Wendy into coming back on the show with me.  But in addition, this time she’s brought along her partner in crime, her husband, Richard.

Wendy Pini’s been drawing literally since the age of two, and has worked for Marvel, DC, First Comics, Comico, Berkley, Tor Books, and many other publishers. Aside from writing and drawing 40 years of Elfquest, she’s also written and painted two Beauty and the Beast graphic novels, as well as a critically acclaimed 400-page dark, futuristic reimagining of Edgar Alan Poe’s Masque of the Red Death, which is also currently being developed with an award-winning writing team as a musical theatre thriller.

Richard Pini is the co-creator, sometimes-writer, editor, and publisher for Elfquest. He’s the author of the Eisner-nominated art book Line of Beauty – the Art of Wendy Pini, as well as co-author and editor of The Art of Elfquest, and Elfquest – the Art of the Story. A graduate of MIT in astronomy, Richard is also a planetarium writer, lecturer, and teacher who has contributed articles to magazines on the wonders of the heavens. After 2018’s year-long 40th anniversary multi-city celebration for Elfquest, Richard’s sights are now set on facilitating the newest chapter in the long-running series.


IF YOU LIKE THIS EPISODE, YOU MAY ALSO ENJOY: