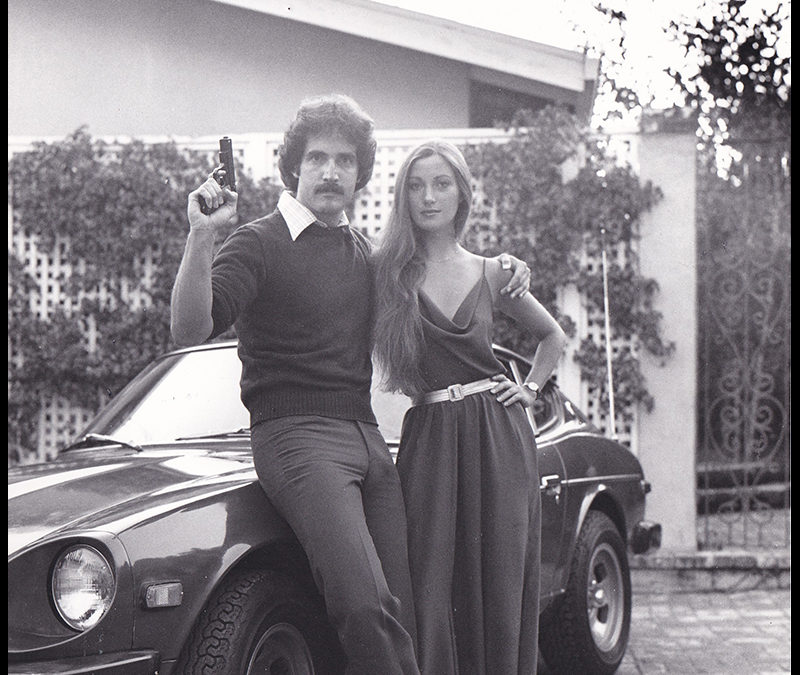 Steven Jay Rubin is a screenwriter, producer, film historian, author, documentarian, and promoter. He’s recognized internationally as the world’s leading authority on the James Bond movie series. He was the first writer to publish a book that examines the backstage world of 007, called, “The James Bond Films: A Behind the Scenes History.” He followed that with “The James Bond Movie Encyclopedia,” the latest edition of which debuts this fall, 2020. If you’re a James Bond fan, as I’ve been for my entire life, Steve Rubin’s books are indispensable.

Steve began his motion picture writing career when he acquired the theatrical remake rights to the ABC TV series “Combat!” subsequently selling his screenplay and the rights to Savoy Pictures and later Paramount. He made his producing debut for Showtime in 2002 on the baseball comedy “Bleacher Bums,” starring Peter Riegert, Brad Garrett, Wayne Knight and Charles Durning.  That same year, for the Hallmark Channel, he produced the true World War II drama “Silent Night,” starring Linda Hamilton, which was nominated for four Canadian Television Academy Awards.

He served as executive producer on “My Suicide,” an indie teen dramedy that won the Best Picture award in its class at the 2009 Berlin Film Festival, and 19 other Best Picture awards around the world. You can find it currently on Netflix.

He wrote, directed and produced the documentary, “East L.A. Marine: The Untold True Story of Guy Gabaldon.”  And in 2019, he served as executive producer on the documentary “The Coolest Guy Movie Ever.”

Other books from Steve include “Secrets of the Great Science Fiction Films”, “Combat Films: American Realism 1945-2010,” “The Twilight Zone Encyclopedia,” and “The Cat Who Lived With Anne Frank,” his first children’s picture book, co-written with David Lee Miller.

As a marketing executive with a specialty in publicity and promotion, Steve Rubin spent 25 years working on campaigns for over 150 movies and television series.