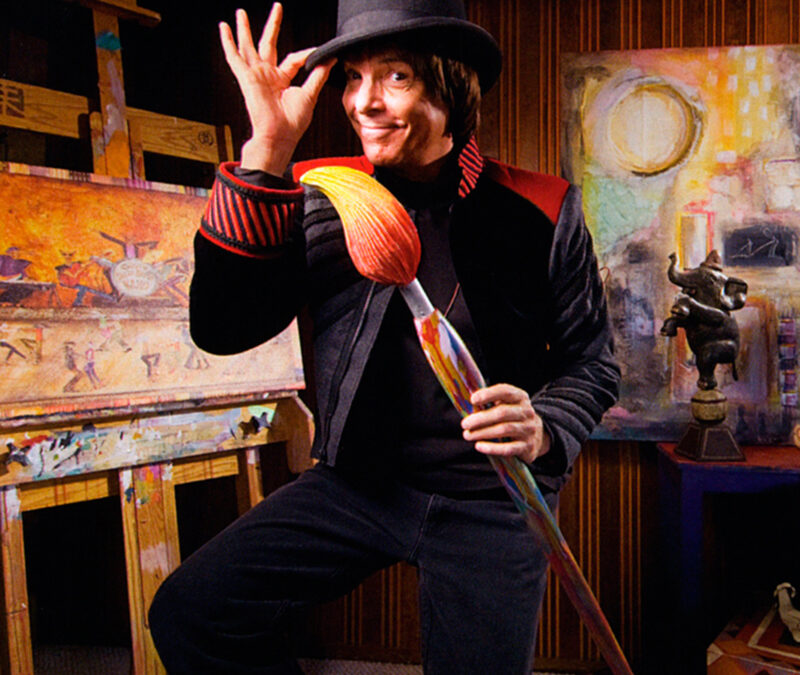 Robert Shields is a one-man creative machine who has spent his life sharing his sense of energy, awe, and wonder with people all over the world. After graduating from North Hollywood High School, Robert left for Canada to join a traveling circus as Robbie the Robot. Discovered at the age of 18 by the legendary mime, Marcel Marceau, he was offered a full scholarship at Marceau’s school in Paris. His apprenticeship was short-lived, though, as he felt the need to develop his own style and pry mime loose from its artsy pedestal.

Robert chose San Francisco, where, at 19, he used his wit, sensitivity, imagination, and agility to fascinate his audience, and become San Francisco’s main tourist attraction. After meeting Lorene Yarnell, they formed the much lauded mime duo of Shields and Yarnell. Together, they played stages worldwide and appeared in various film productions and on over 400 national TV shows. They even headlined their own show, appropriately called Shields and Yarnell. Additionally, Robert’s original scripted TV special, Toys on the Town, earned Shields and Yarnell an Emmy.

Shields and Yarnell also wowed Las Vegas audiences, where they won the Las Vegas Entertainers of the Year award two years in a row.

Of note, Robert is credited for being the originator of the Robot. An hour-long documentary is coming out soon about Robert’s life as a robot.

Eventually, Robert made a natural progression from being a creative mime to becoming a creative jeweler, sculptor, and painter. His fascination with design, color, texture, and form leads to sublime and captivating one of kind pieces of art. The result of his constant pursuit of fresh and exciting concepts has rendered his work exceptional and collectible.