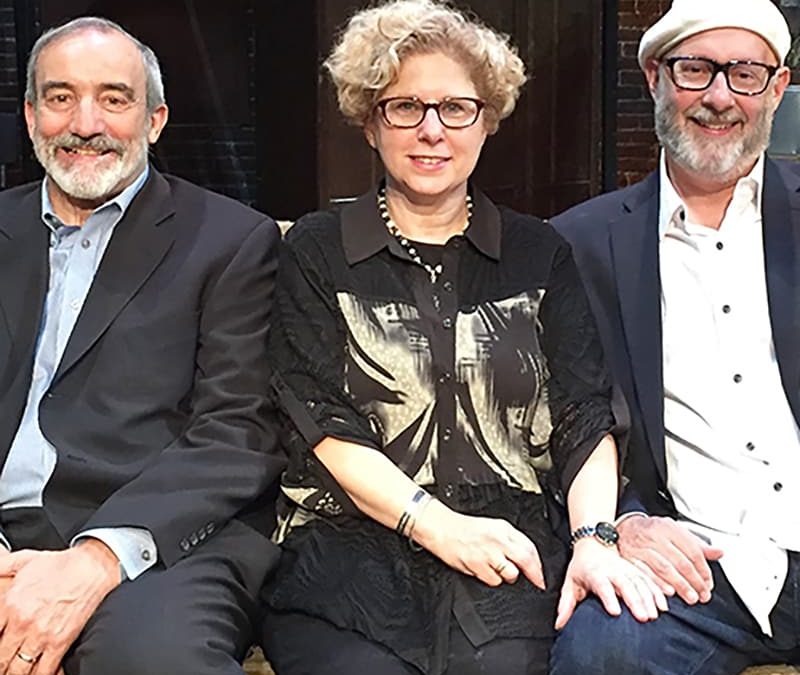 Originally formed by Bruce, who is by day a businessman, and Leon, an attorney and actor, Front Porch mounted its premier production of Only Me, a Pittsburgh-created musical written by Doris Esteban, Marjorie Stewart, and David Michael Ed, at the Kelly Strayhorn Theater in 2009. Despite being their inaugural production, Only Me achieved both artistic and financial success thereby motivating Bruce and Leon to continue producing musicals and to refine the company’s mission.

Emboldened by their success, Leon and Bruce then produced Next to Normal in 2012 and In the Heights in 2013, in collaboration with Carrnivale Theatrics. Also in 2013, Bruce and Leon were joined by Leon’s wife, Nancy, who grew up in the Yiddish Theater of Canada. Together, these three have gone on to mount highly acclaimed musical productions of Parade, The Last Five Years, The Light in the Piazza, The Spitfire Grill, Floyd Collins, Violet, Big Fish, A New Brain, and Grey Gardens, which featured a brilliantly memorable performance by one of our great StoryBeat guests, Daina Michelle Griffith!