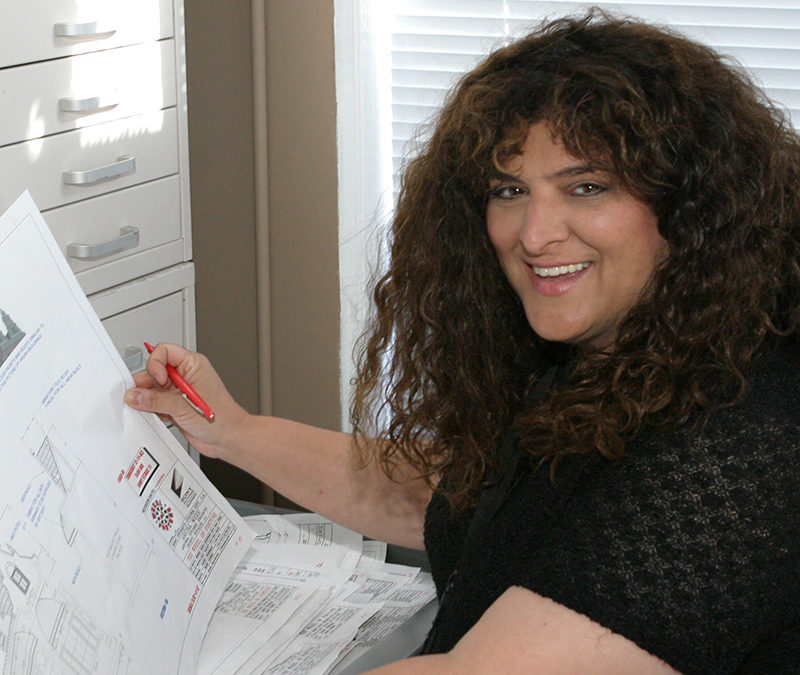 Noted Wheel Of Fortune Production Designer, Renee Hoss-Johnson, watched her mother create colorful gardens in their backyard and paint beautiful still-life pictures. Her high school drama teacher noticed that Renee loved to draw and asked her to design her first set for an upcoming school play, and so began a lifelong career in stage and production design.

Working with a local theatre group led to several positions at community and regional theaters. She first attended the Pacific Conservatory of the Performing Arts in Santa Maria, California, followed by Cal Arts, which led to a long period of nurturing her talents at Walt Disney Imagineering. While at Disney, Renee worked on projects for EPCOT Center, Tokyo Disneyland, and the New Fantasyland at Disneyland in Anaheim, California.

After leaving Disney, Renee filled in as an Assistant Art Director at NBC Television on various game shows and soap operas until Production Designer Richard Stiles hired her to help out full time on Wheel of Fortune. Renee has been with Wheel of Fortune for nearly thirty-six years and took over as the Production Designer when Richard retired in 2002.

Beyond Wheel of Fortune, since 1989, Renee has designed award winning floats for the popular, annual, New Year’s Day Pasadena Tournament of Roses Parade. And in her free time, like her mother, she loves to create magical gardens for everyone to enjoy.