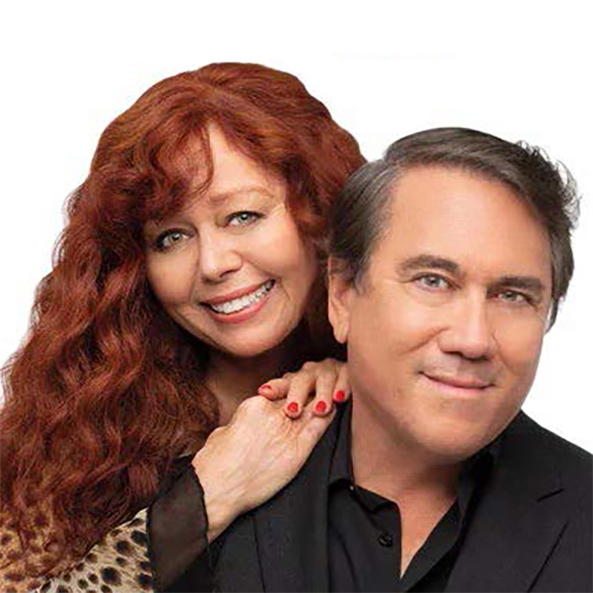 The brilliant singing duo of Maripat Davis and Richard Osborn, burst onto the cabaret scene with sold out California engagements at The Gardenia in Hollywood, and Sterling’s Upstairs at Vitello’s in Studio City.

Their first show, entitled Let’s Fall In Love, featured a potpourri of classic American love songs from the 30’s, 40’s and beyond, taking a fun and sentimental look at the many moods of love from first blush to a lifetime love affair.

Their second show, Moonlight and Love Songs, took them on a romantic journey through many of the memorable songs from the silver screen, past and present. In addition to numerous appearances at The Gardenia, they’ve also performed at: the Ten20 Club, and The Vermont in Los Angeles; the Central California Cabaret Series with Broadway star Luba Mason; Billy Reed’s, Azul’s, the Annenberg Theater in Palm Springs; and the Laurie Beechman Theater in New York.

Maripat began her performing career at the age of six. She’s also an actress and dancer with credits in theater, film, TV, concerts, nightclubs, cabarets, radio and records.

Richard, too, is an actor with an extensive background in musicals, as well as classical and contemporary theater.

Maripat and Richard’s shows highlight their strong vocals, gorgeous harmonies, special arrangements, and an on-stage chemistry punctuated by moments of great humor. Their shows run the emotional gamut from lighthearted to poignant. The common thread uniting all of it is a celebration of life, love, and romance.

Please be sure to check out their beautiful album, “Here’s to Love.”

IF YOU LIKE THIS EPISODE, YOIU MAY ALSO ENJOY: