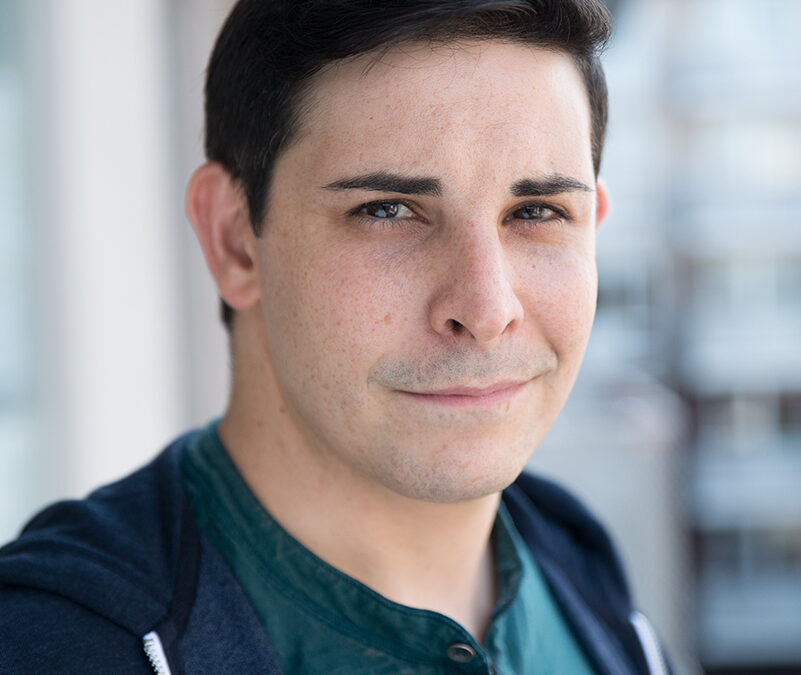 Marcus Stevens is a New York based writer, actor and director. He wrote the book and lyrics for the award winning musical, Mythic, along with composer Oran Eldor.  Mythic was a winner of the NAMT Festival and subsequently had successful productions in both London and Montreal. The London production of Mythic also gave birth to an Original Cast Album, produced by Broadway Records.

Marcus’s professional writing career began by winning the Richard Rodgers Award for Red, which he wrote with composer Bree Lowdermilk. His show Yo, Vikings! with composer Sam Willmott, was featured in the HBO Documentary, Song of Parkland, and has been produced all over North America.

Marcus and composer, David Dabbon, were commissioned by the Pittsburgh Civic Light Opera to write the original musical, Game On, which was produced during the CLO’s 2019 season.

Marcus has developed, directed and contributed material to Theaterworks USA’s Dragons Love Tacos and Other Stories, which enjoyed a two-year U.S. tour. His family musical Wake Up, Daisy! with Composer Sam Willmott, will be produced at the Swedish Cottage Marionette Theater in Central Park in the Spring of 2022.

Marcus directed Tony Nominee Josh Young in his concert, Josh Young Sings Andrew Lloyd Webber, which has been performed across the United States.

Marcus’s acting credits include the off-broadway productions of Forbidden Broadway: Alive and Kicking! and Forbidden Broadway Comes Out Swinging! He’s featured on both original cast recordings. He also played the D’Ysquith Family in A Gentleman’s Guide to Love and Murder at the Florida Rep. Company, and God in An Act of God at the Pittsburgh Public Theater.