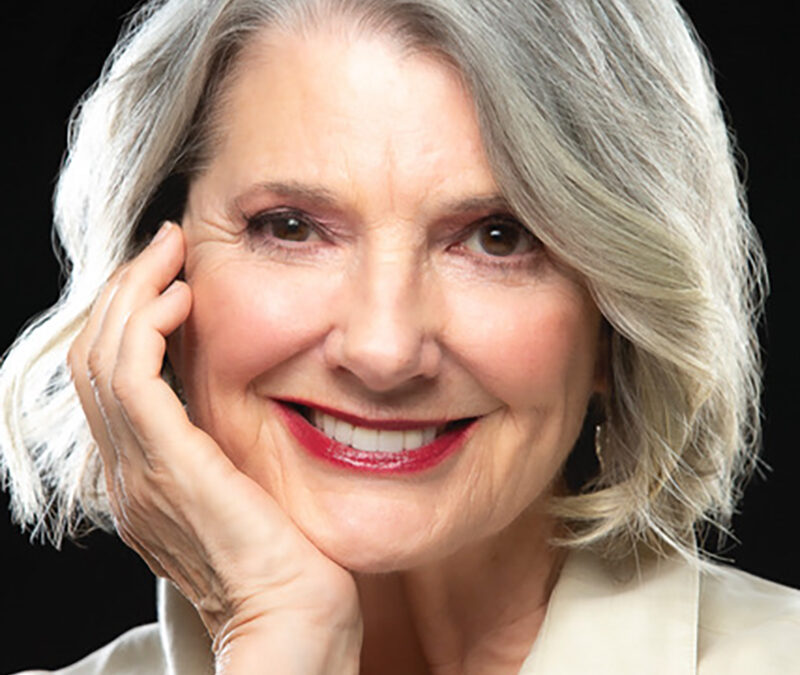 The brilliant stage, screen, and voice actress, Melinda Peterson, has been performing professionally for more than 40 years. She was introduced to audio theatre in 1990 when she played all 17 of the female roles in Proctor & Bergman’s Power which aired on NPR as a regular segment of John Hockenberry’s Heat.

Since that time she has contributed voices to NPR Playhouse productions, including working with all-star casts on We Hold These Truths and Empire of the Air for Other World Media, as well as performing with the legendary Firesign Theatre on The Great Internet Broadcast for the Toyota Comedy Festival in New York. And she’s traveled several times to Dublin to participate in Crazy Dog Audio productions for RTE, Ireland’s public radio service.

Melinda is most proud that she was Norman Corwin’s very favorite Lucretia Borgia in his The Plot to Overthrow Christmas. She’s also led the casts of Agatha Christie’s BBC Murders playing Agatha Christie herself.

Melinda has performed at regional theatres across the country and is a member of the Los Angeles’ classical acting ensemble, The Antaeus Theatre Company. She lives in LA with her husband, the great Firesign Theatre writer and performer, Phil Proctor, who’s also one of my favorite guests ever on StoryBeat. I’ve been privileged to interview Phil twice on this show.